Healthy ice cream:
My quest for the perfect protein treat.

My good friends know that I’ve spent years on a very specific nutrition quest.  The quest for the perfect protein shake.

Now, to those of you who don’t drink protein shakes, that probably seems pretty strange.  And that’s OK, I totally understand.  There’s probably a bunch of stuff you do that I’d consider strange.

However, I’ve been working out and using protein supplements for the last 20 years of my life.  During these 20 years, I’ve probably averaged 1 protein shake a day.  (Heck, that might even be a conservative estimate).

So, at minimum, according to my rudimentary math, I’ve consumed over 7,300 protein shakes in my life.  Is it any surprise I’ve made it my mission to find the perfect, tastiest shake?

During this quest of mine, I’ve destroyed many a blender.   Indeed, because I like my shakes thick (often so thick I can eat them with a spoon), I’ve blown through, on average, one blender a year.

In fact, I even have a small blender graveyard where I’ve retired some of my favorites.  Just in case I’m feeling sentimental and want to pull one out for old time’s sake. 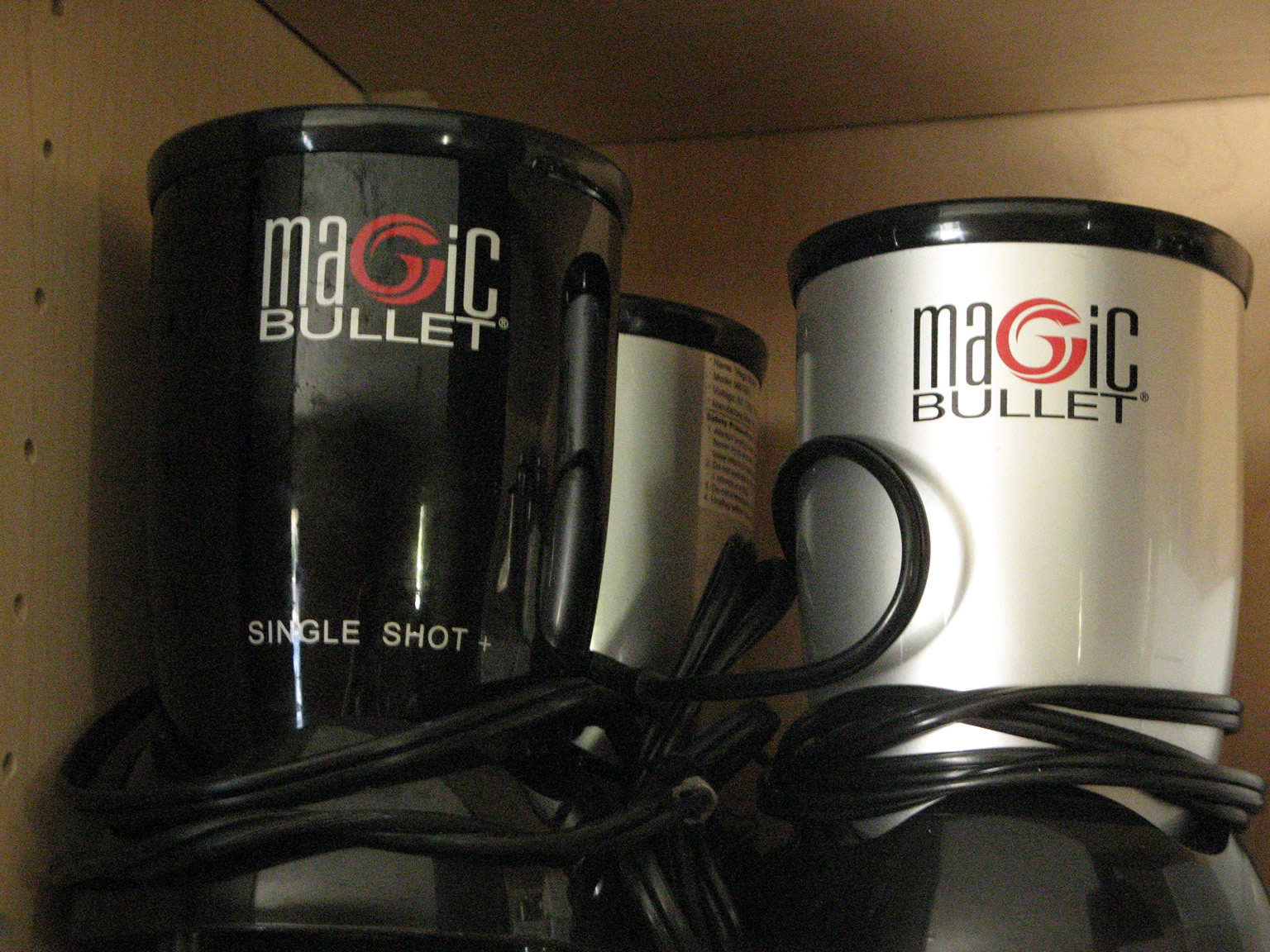 Now, for the last 2 years, my blender of choice has been the Magic Bullet.  It’s got several advantages: inexpensive, small, portable, and very easy to clean.  It’s pretty powerful too.

However, on the disadvantage side, I’ve had to replace my Bullet every 6 months or so.  It just wears out too quickly.  In addition, it doesn’t let me make large shakes, for when I’m wanting to pack in the calories, or for when I want to share with friends.

That’s why I recently decided to invest in a new device: the highly acclaimed Vita-Mix. 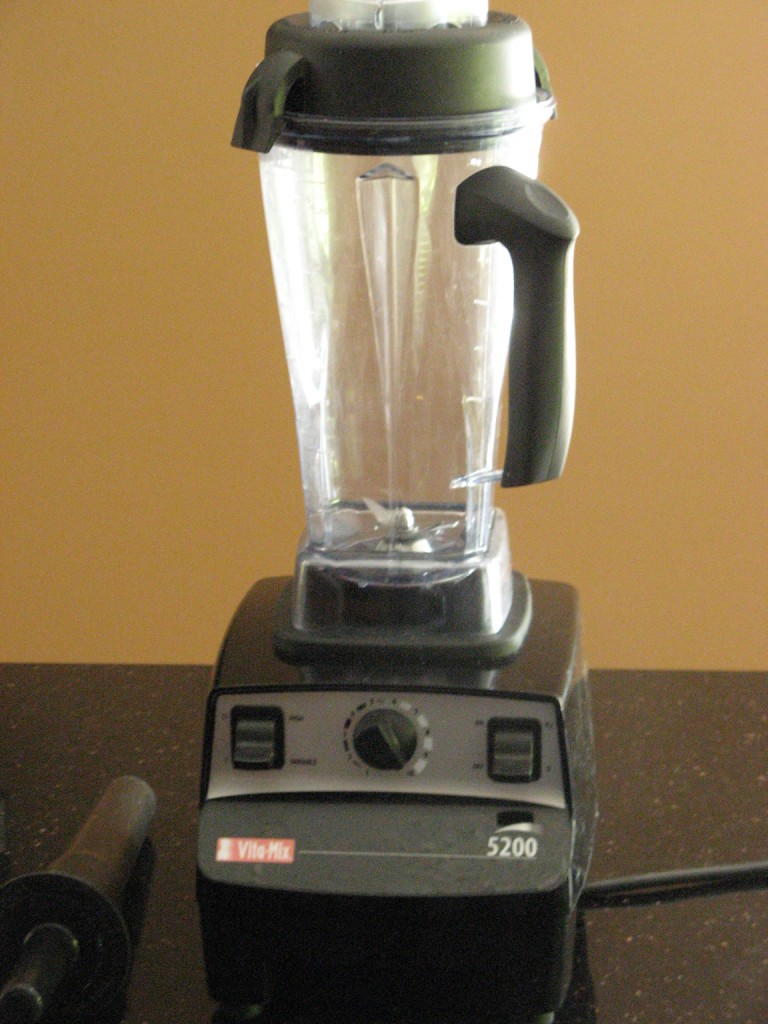 Now, I use the word “invest” instead of “buy” because, when you pick up a Vita-Mix, you have to look at it as an investment in your future of blending and food processing.  Mostly because the thing costs a whopping $400 – $600 (depending on the model you choose).  And that’s around 10x the price of a Magic Bullet.

However, there are a good reasons for the big price tag.  For starters, the Vita-Mix is the most powerful blender around.

Ever seen those “Will It Blend” videos where, using a BlendTec blender, they decimate things like an NFL regulation football, an IPad, a hand gun, and, one of my favorites, a dozen glow sticks?

Well, the Vita-Mix is as powerful as the BlendTec (although I think they’d both be a great choice) and is typically rated higher in terms of the non-decimation variables such as ease of use, quietness, and lifespan.

Which brings up my second reason for choosing the Vita-Mix, the warranty.  With the Vita-Mix I got a pretty comprehensive lifetime warranty.  So I feel pretty good knowing that I won’t have to replace this blender every 6 months.

After all, buying a $50 blender every 6 months means I’ll spend $1000 on new blenders over the course of the next 10 years.  Why not just spend about $500 bucks now and get a superior blender that’ll last?

Ok, so I bought an expensive, powerful blender that should last me a long, long time.  That’s nice and everything.  But how does it perform?

Well, I have to admit, it’s opened up a whole new world of possibilities for my protein shakes!

In fact, using the Vita-Mix, my quest for the perfect protein shake has ended.  And it’s ended with something we call PN Ice Cream.

Call me crazy, but PN Ice Cream tastes like a legitimate DQ Blizzard.  At just a fraction of the sugar, saturated fat, and calories.  In fact, I’m so pumped about my new creations, I’d like to share a few of them with you today.

This first ice cream recipe — my all-time favorite — is Peanut Butter Chocolate flavored.  To make this delicious snack, you’ll want to lay out the following: 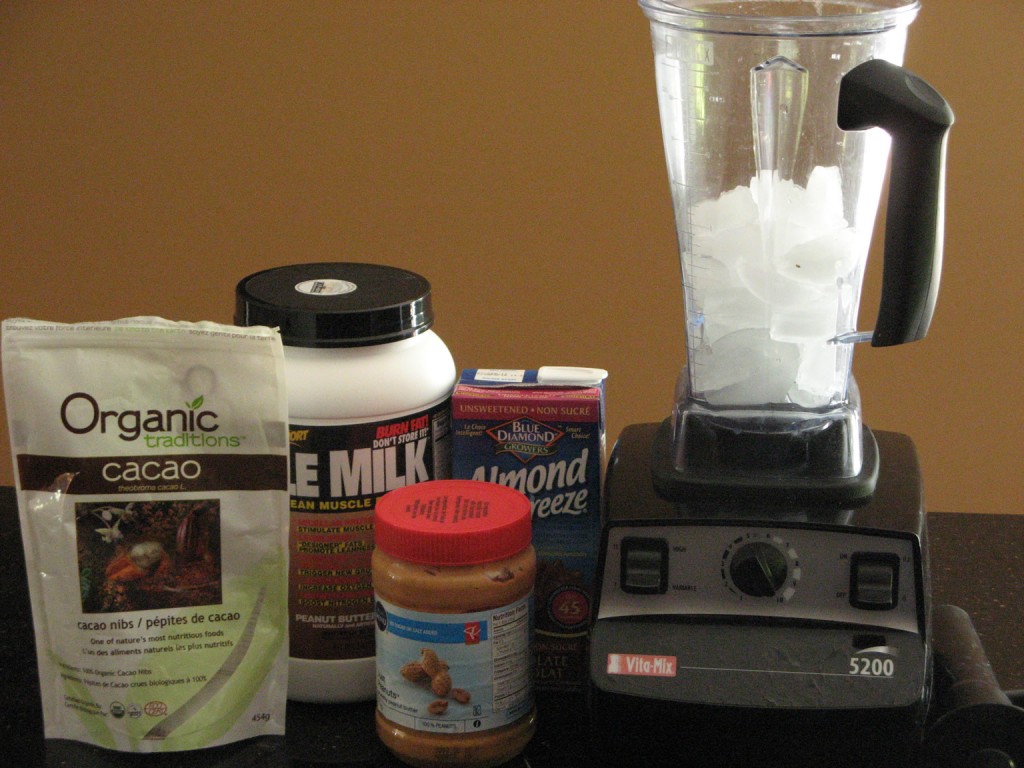 Next, you’ll add all your ingredients together, placing the Vita-Mix tamper through the hole in the cover. 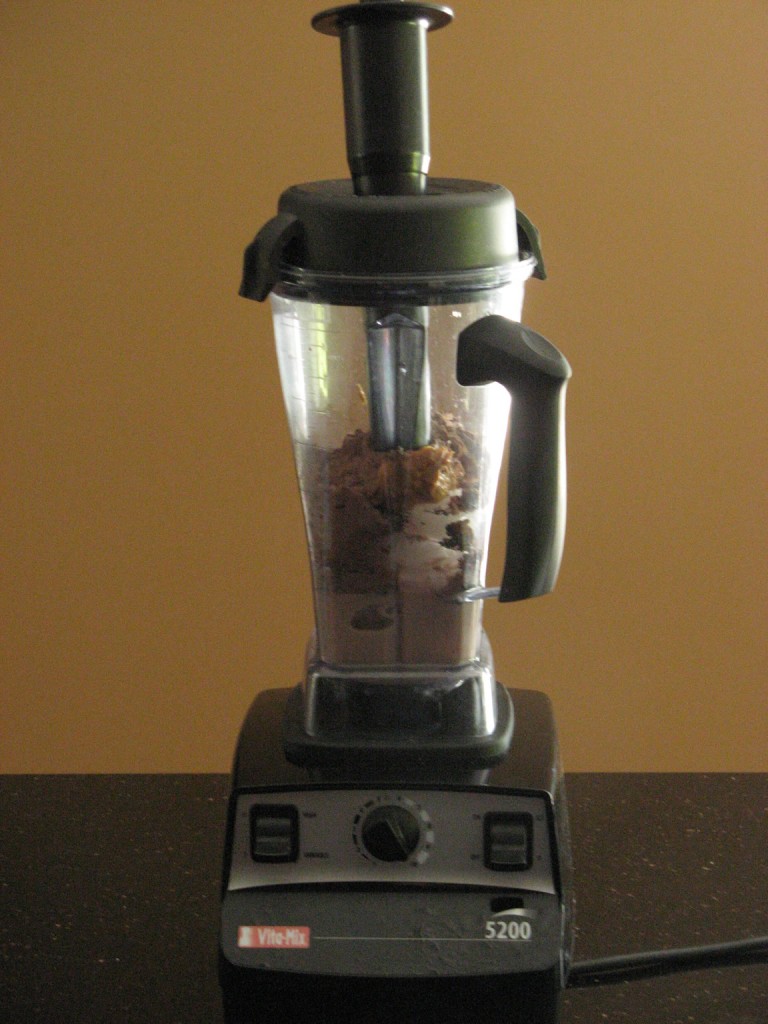 Next, you’ll turn your Vita-Mix on low and slowly ramp the speed up from 1 – 10.  Once you get to 10, you’ll flip the switch to high and begin “tamping” your mixture.  Now, I’ll warn you, the blender will be working hard; and so will you.  But keep tamping for about 30 seconds while all the ingredients are pulverized and mixed.

After 30 seconds, shut your blender off (blending for longer may start melting your ice cream).  Then, remove your tamper.  Remove the lid.  And with a ice cream scooper or tablespoon, serve. 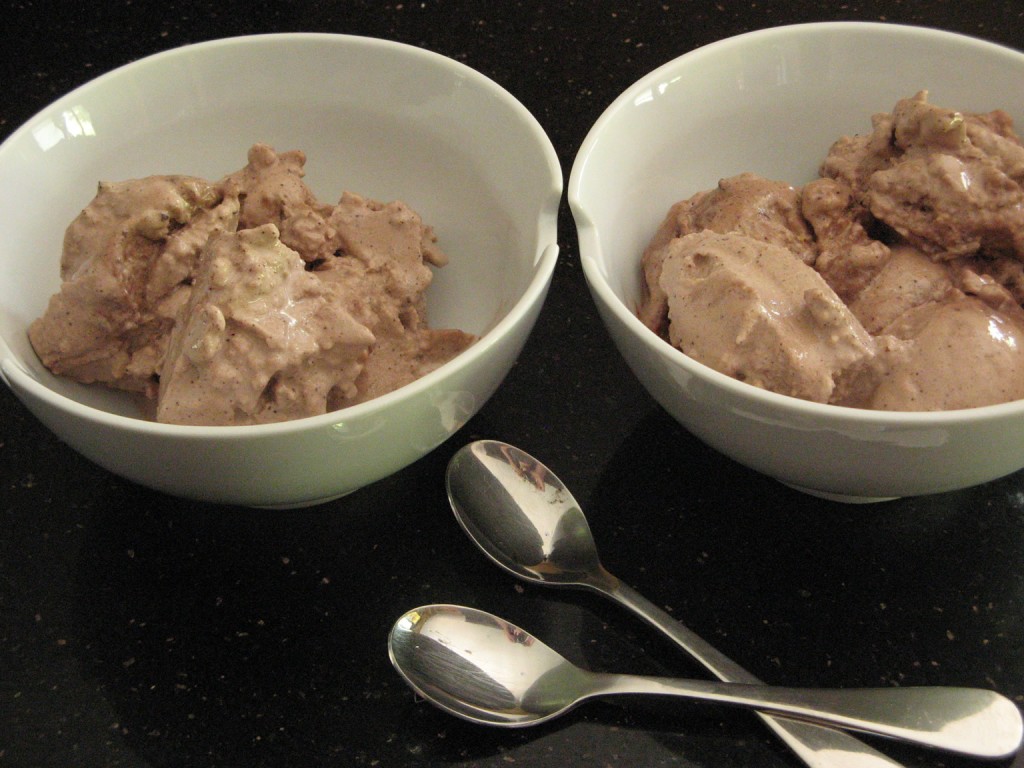 For a different flavor variation, Vanilla Blueberry is awesome — and the blueberries add a nice antioxidant boost, too.  To make this delicious snack, you’ll want to lay out the following:

Next, just like above, you’ll add all your ingredients together, placing the Vita-Mix tamper through the hole in the cover.

After that, you’ll turn your Vita-Mix on low and slowly ramp the speed up from 1 – 10.  Once you get to 10, you’ll flip the switch to high and begin “tamping” your mixture.  Keep tamping for about 30 seconds while all the ingredients are pulverized and mixed.

Remove your tamper.  Remove the lid.  With a ice cream scooper or tablespoon, serve.  Makes 2 servings, 269 kcal each.

So, earlier I compared my PN Ice Cream to a DQ Blizzard.  And, based on the texture, taste, and consistency, I think it’s a pretty fair comparison.  However, how do the calories stack up?  Well, let’s look at a comparison:

As you can see, the PN ice cream mixes are 1/5 the calories of a DQ Blizzard and contain less saturated fat, fewer carbohydrates, more fiber, less sugar, and more protein.

In the end, hopefully you can now see why I’m so excited about my Vita-Mix “investment” and my PN Ice Cream creations.  They’re delicious.  They’re nutritious.  And they won’t give you the diabetes.

So give ’em a try.  And if you’d like to contribute a few recipes of your own, feel free to share them with us on Facebook.