Today you get to meet one of them, Dominic Matteo. This way you can find out too.

Weight loss and fitness aren’t frivolous “frills” to Dominic Matteo. Instead, for him they are literally matters of life and death.

To understand why, you’ll need to transport yourself back to the year 2009. Swine flu was pandemic, Pittsburgh was the site of the G20 summit, and Lady Gaga was topping the charts.

He held a decent job, he was happily married, he enjoyed some solid, long-standing friendships, and he liked his hometown, Cleveland.

Yet something wasn’t right in his life – and on a deep level, he knew it. He just wasn’t sure what the problem was, or how to fix it. Or maybe he lacked the confidence to try.

Things could have continued like that indefinitely. Dominic might have existed with this low-level dissatisfaction for years.

After all, many people do – assuming that it’s the best they can expect, or doubting that they have whatever it takes to achieve fulfillment.

But fate had something different in store for Dominic.

And it arrived in the form of two significant and eerily timed events.

First, one of his closest friends suffered a pulmonary embolism and passed away.

Dominic and Nick had known each other for about a decade, having been introduced by mutual friends who thought it was funny that their personalities were so similar.

Nick was a former hockey player – a big, tough guy, who had just met the right woman and was planning to settle down.

“He was young,” Dominic says, quietly. “In his early thirties. Nowhere near an age where you might expect this to happen.”

Naturally, the news stunned him. It’s never easy to lose the people we care for, but when they’re young and their death is sudden, it’s that much harder to reconcile ourselves to the fact that they are gone.

Meanwhile, on the very day that his friend died, Dominic also learned that his wife, Kelly, was pregnant with their first son.

In a few short months, he would become a father. 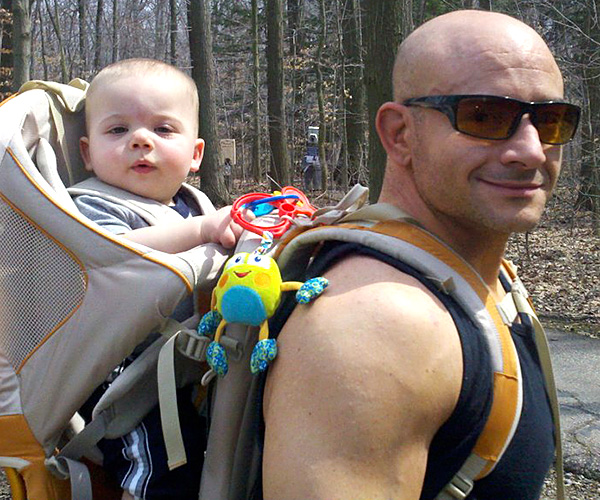 A searing loss and the promise of future joy – both revealed within the space of a few short hours.

This is the kind of juxtaposition that would compel any of us to reconsider our lives and our choices. Dominic was no exception.

“I think I was a bit stunned for a while after that,” he says. “It took me a while to process it. It’s like I couldn’t take it in.”

But one thing was clear to him.

“I never wanted my son to see me in an unhealthy state.”

That simple, yet profound, moment of clarity launched Dominic into a period of tremendous change.

He had been diagnosed with metabolic syndrome and “exercise induced asthma.” And he knew that if he kept on going the way he was going, his physical condition would only get worse.

If he wanted to be there for his son in a meaningful way, he had to act – now.

So, he started working out, using the P90X program.

And he began to tweak his nutrition, first by following the P90X guide and then by using the Precision Nutrition’s principles.

But more than that, he found himself getting interested in what he was learning and doing, and feeling excited by it.

Maybe that shouldn’t have come as a surprise – after all, he’d been a biology major in college until his junior year, when he switched to sociology. And he’d been playing rugby for years, and had always enjoyed the outdoors.

As a kid, growing up in Arizona and New Mexico, he’d loved to chase lizards and ride his bike, and he’d happily explored the desert for entire days.

Yet something was different now.

He felt pulled in a new way to persist and to go deeper in his reading and his learning. And the deeper he went, the more he wanted to learn and do.

Meanwhile, the weight was coming off.

In the first year, he lost 100 pounds. But at that point, he was small and weak. He then decided to put on some muscle and try to lean out even further.

That makes the process sound simple and straightforward. But it wasn’t.

In fact, Dominic started and stopped quite a few times during his journey – feeling unsure that he could continue, or simply not knowing what to do next.

What kept him on track? Finding a mentor.

Tommy Mygrant had been through the same process. He, too, had lost more than 100 pounds.

And Tommy began to support Dominic, to give him tips and encouragement.

“He gave me a target to shoot for. We have similar backgrounds and personalities, so I thought, ‘If he can do it, I can do it.’”

Working alongside Tommy gave Dominic the push and the encouragement he needed. “I owe him a lot,” he says.

Eventually, Dominic lost 110 pounds, reducing his body fat to the single digits. No longer morbidly obese, instead he was unusually fit.

And weight loss wasn’t the only benefit.

As he started to become more comfortable with the process and more confident that he could maintain and even improve on his new levels of fitness, he found himself experimenting, looking at his own outcomes. In effect he was coaching himself.

“For example, I found that certain foods inflamed the arthritis in my neck quite a bit,” he explains. “Cutting those foods out and adding more anti-inflammatory foods pretty much eliminated the arthritis issues.”

Always curious, and always a careful and methodical thinker, Dominic was now bringing these strengths to a new area of his life.

As result he was feeling healthier, not only in body, but also in mind and spirit. He was coming into his own.

Now that he’d found his passion, there was no looking back.

Still working full-time as a systems analyst for a major insurance company – and by now, a proud father – he also became a part-time coach and trainer, working with others to help them attain the amazing results he’d achieved for himself.

Within the next few years, Dominic earned certifications from just about every sports and nutrition association out there.

In fact, once he’d begun, it was as if he couldn’t get enough learning in this field.

And he supplemented his learning with continued practice, coaching members of his rugby team, designing and delivering workshops, offering group classes and programs. 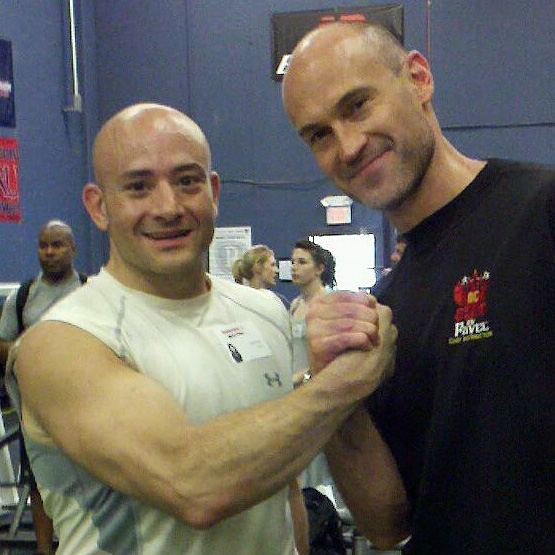 Through it all, he was driven by his passion to help people become better versions of themselves.

“A lot of people don’t give themselves enough credit,” Dominic explains. “They want to change. But they don’t believe in themselves. So they shut themselves down before they even try.”

His job, as a coach, is to offer the kind of encouragement they need to get them over that hump of resistance. “So they can see how strong they really are,” he adds. “It’s an amazing process.”

And as someone who has lost a substantial amount of weight and taken himself from morbid obesity to fitness, he’s uniquely positioned to understand his clients’ triumphs and their challenges.

“There are things you go through that lots of people might not even think about,” he explains.

Your identity shifts. Your relationships change. And when you lose a great deal of weight, you can even become almost unrecognizable to others and to yourself.

People treat you differently – for better and for worse. You wonder how and where you fit in.

“Some friends were always congratulating me,” Dominic recalls. “At first, that felt weird.”

Other friends drifted away as he changed his habits to healthier ones that they didn’t share.

Meanwhile, a female friend’s boyfriend suddenly started showing signs of jealousy. “He’d never had a problem with me before. Now he did.”

At moments like that, a coach can be invaluable – supporting you in your positive choices, helping you navigate the social minefields, and encouraging you to be your best self. Moving you forward.

That’s where Dominic excels. A skilled listener, he understands the crucial importance of “getting to the why.”

And he knows that asking the right questions can be key to a client’s success.

“Do you want to lose that weight so you can fit into your old jeans, or do you have an important reunion coming up? Or maybe you’re like me, and you want to set a good example for your kids.”

Your answer could help steer your approach – and that, in turn, could improve your results.

When it comes to workouts, Dominic believes in focusing on the basic movement patterns.

“It’s still possible to include a lot of variety just with those basic moves,” he says.

And with his extensive knowledge of different workout styles, he finds it easy to help clients plan for their differing situations and needs – including the needs of those who prefer to workout at home rather than in a gym.

For his own routine, he prefers to combine resistance training with intervals, and there’s nothing he likes better than getting outside in an open field with his kettlebells.

Well, nothing except for deadlifting. “My favourite lift.  I’m also very fond of Primal Move…lots of crawling, rolling, rocking and play!”

He’s also a big proponent of the advantages of NEAT, or low level non-exercise activity. “It’s amazing how big a difference this can make,” he says. “It sounds so simple, but it’s so important.”

Dominic shares his name with a famous Scottish soccer player, but his game is rugby.

He’s been involved in the sport for over a decade, playing even when he was seriously overweight. And he’s always played the front row. “Where the big guys play,” he says.

“But back when I was obese, there were some games where I could only manage about half,” he admits. “I wasn’t as effective. I could feel myself tiring so fast.”

Some guys might have resigned themselves to the situation, excusing themselves on the basis of their advancing age. Not Dominic.

Now that he’s lost a third of his body weight, he’s still playing the front row – and still in same position.

Joining the scrum the first few times at his new weight, he was the object of more than a little teasing. Who was this little guy and what did he think he was doing there?

His opponents were tempted to dismiss him. They figured they’d demolish him in an instant.

But Dominic surprised them. “I’m the oldest. And the fittest,” he laughs. “And I take great joy in beating guys much bigger than me.” 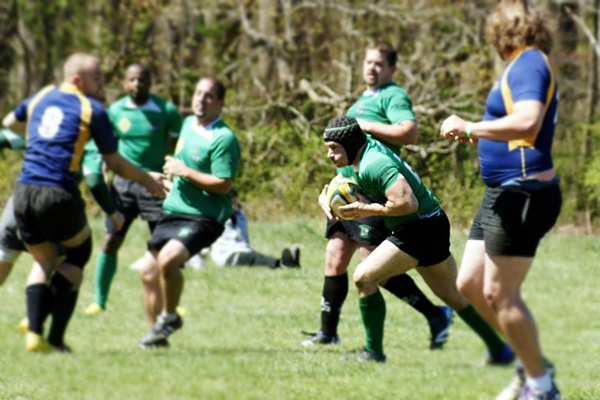 He wants to bring his clients the same feeling of joy.

His experience, as he sees it, is really just helpful background – something he needed to learn to prepare him for the really important work of guiding others.

“I want my clients to succeed.”

He wants to share what he’s learned – to “pay it forward” with the same kind of mentoring he received, so that others can taste the deep satisfaction that comes from taking charge of their lives in a new way.

“I want them to feel the power of being able to do things they never dreamed of.”

“I want them to know what it is like to be the best damned versions of themselves — mentally, physically, and spiritually. To see themselves reflected in their kids eyes as the best people they can be.”

“And here’s where it gets really cool,” he adds. “Because we can always get better. And once you have the tools…”

He smiles, his eyes lighting up and his arms extending in a big, warm gesture.

“Once you have the tools, there’s no stopping you.” 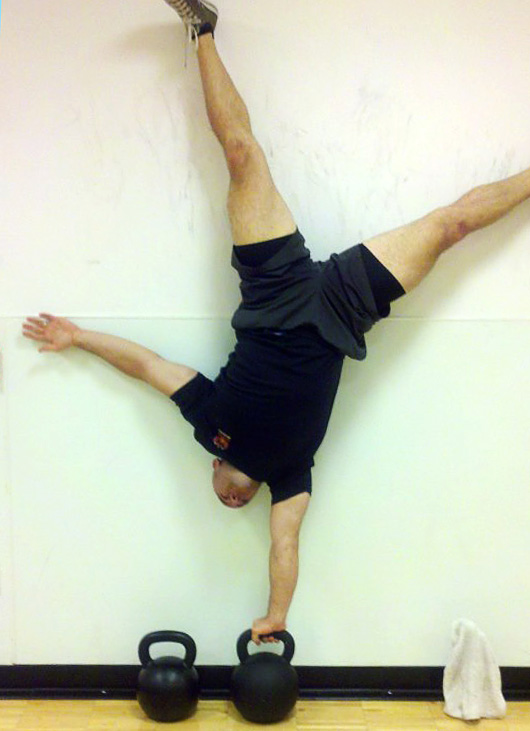