People will go to great lengths to ensure that they have a smart and well structured exercise program, nutritional plan and supplementation regimen.  Yet they often forget about or abandon their sleep and sleep quality.

Sleep is essential to health and survival. Even if you don’t eat very well, you can still expect to live around 75 years. But if you don’t sleep, you’ll likely check out in a couple of weeks — the Guinness World Record for sleep deprivation is 11 days. (For more reading on this, check out Scientific American: How Long Can Humans Stay Awake?)

Most of you aren’t going to try to break that record any time soon, even though medical students and parents of newborns might feel as though they are inadvertently trying. But even if you meet the basic requirement for sleep, are you sleeping optimally? And if not, what does poor sleep quality do to your body composition and eating habits? Are late nights in front of the TV, computer, or fridge leaving people fatigued, overfed, and with little ability to make nutritious food choices each day? 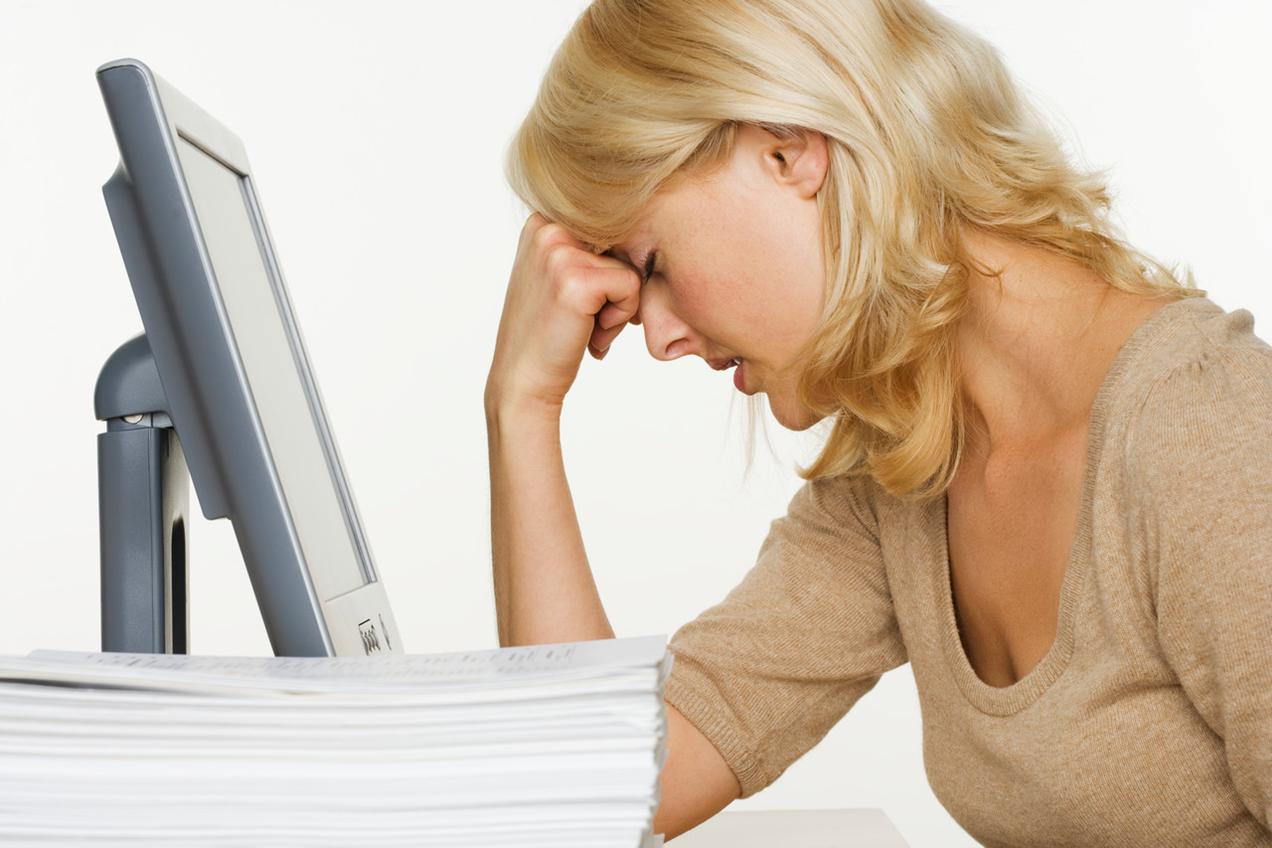 What you should know about sleep 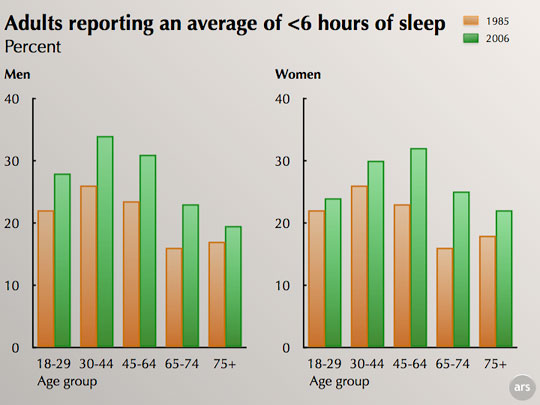 Although many of us may feel that work demands a lot of our attention or that we can’t get our brains to shut off, the real reason for lack of sleep is rarely long work hours or physiologic abnormalities; rather, most people lose sleep due to voluntary bedtime delay.  We cut back on sleep because we choose to.  We watch TV.  We browse the internet.  We go out with friends.  This voluntary bedtime delay is something found only in modern society.  The average American slept nearly 9 hours each night a century ago.  If we were to remove forms of artificial stimulation and excessive work/life demands, humans would likely sleep for about 8 hours per night, based on the natural sleep/wake cycle of the brain.

Regular exercise can reduce a woman’s risk of cancer, but the benefits may slip away if she gets too little sleep, say US researchers.

A 2005 study, with a nationally representative sample of about 10,000 adults, suggested that the United States obesity epidemic might, in part, be caused by a corresponding decrease in the average number of sleep hours.  This study found that people between the ages of 32 and 49 who sleep fewer than 7 hours each night are significantly more likely to be obese.  Also, staying awake beyond midnight seemed to increase the likelihood of obesity.  These associations have a “dose-response” relationship, with later bedtimes and shorter sleeping hours resulting in greater levels of body fat gain.  Wake-up time was not significantly related to obesity.  Similarly, a study that followed the growth of more than 9,000 children from birth onwards showed that children who slept the least when they were 30 months old were more likely to be obese at age 7 than children who slept more.

It’s not clear yet whether poor sleep is a cause or a result of excess body fat (or both). Some scientists speculate that sleep deprivation could disrupt the hormones that regulate appetite, which results in body fat accumulation.  Other scientists believe that the physical discomfort of obesity and sleep apnea reduce the chances of getting a good night’s sleep.

While there are many reasons that lack of sleep could influence body fat, one of them may be the decreased growth hormone (GH), thyroid stimulating hormone (TSH), and increased cortisol, most notably in the evening.  Moreover, chronic sleep restriction results in elevated sympathetic nerve activity and a slow insulin response.  This is the perfect storm of peripheral effects to accentuate obesity:

What about appetite hormones?  A study with 12 young, healthy, normal-weight men found that just two nights in a row with 4 hours of sleep (and no napping) resulted in lower levels of leptin and higher levels of ghrelin. As low leptin and high ghrelin both stimulate hunger and appetite, the men reported higher overall hunger ratings, especially cravings for energy dense, processed foods like sweets, baked goods and bread.  No “jonesing” for kale and kidney beans.  Thus, scientists speculate that deregulation of appetite hormones could be another reason that sleep deprivation results in body fat gains.

Actions of and relationships between leptin and ghrelin

So, less sleep potentially results in more body fat, big deal.  Well, that’s not it.  Getting less than 7.5 hours of sleep each night also means that you’re at greater risk of heart attack, stroke, and sudden cardiac death than your pals who get plenty of snooze time.  Also, with the weight gain that could come with minimal sleep, you’d likely see insulin resistance (IR), glucose intolerance and type 2 diabetes.

Check this out: Eleven healthy men in their 20s were only allowed 4 hours of sleep for six straight nights. At the end of this, the young men had the insulin sensitivity of a 70 year old pre-diabetic! Despite the small sample size in this study, the results are suggestive.

With lack of sleep, daily life function can suffer as well, including moods, cognition, and memory.  Going 24 hours without sleep is similar to performing with a blood alcohol level of 0.10%.  Good luck navigating the grocery store and/or gym while “intoxicated” from minimal sleep.

Become one of the first coaches to specialize in Sleep, Stress Management, and Recovery.

When clients are stressed, overwhelmed, and exhausted, eating better and exercising more can be nearly impossible. To make progress, you first need to help people effectively manage stress, sleep better, and recover stronger.

Join the waitlist (and get your free gift!) to be the first to know when we open registration next. Why is sleep so important?

The suprachiasmatic nucleus (SCN) is a “clock” built into our brain that regulates circadian rhythm. Because the SCN lies just above where the optic nerve crosses the hypothalamus, exposure to light and dark can influence our daily rhythms. Many hormones, such as GH, TSH, adrenocorticotropic hormone (ACTH), luteinizing hormone (LH), prolactin, melatonin, and even testosterone have regular diurnal cycles.  Having a consistent sleep routine (going to bed and getting up at the same time each day) can cue the SCN and allow for a deep, regular sleep pattern.

Sleep creates a perceptual wall between the conscious mind and the outside world.  Closing our eyelids makes it easier to sleep, but even without eyelids, we could sleep just the same.  The pineal gland releases melatonin into the bloodstream in the hours preceding sleep, mainly in response to light/dark cycle changes.

Five stages occur during sleep.  Light sleep occurs during stages one and two, while stages three and four are deep sleep.  It’s in stages three and four that GH secretion occurs.  Rapid-eye movement (REM) sleep, generally when dreaming occurs, takes place during stage five. A full cycle through these five stages occurs about every 90 minutes.  If numerous full cycles of sleep aren’t attained most nights, GH secretion can diminish and influence physical and mental restoration.

When someone sleeps less than their body needs, not only is GH secretion lowered, but overall exercise performance can taper off.  It may feel as though the exerciser is working very hard when they really aren’t.

“People just don’t realize how important sleep is, and what the health consequences are of not getting a good night’s sleep on a regular basis… Sleep is just as important for overall health as diet and exercise.”
–Carl Hunt, MD, director of the National Center on Sleep Disorders Research at the NIH

Other interesting information about sleep

Sleep debt is cumulative, meaning that the more nights with less sleep, the greater likelihood of negative effects taking place.  The good news is that you can catch up with just a few consecutive nights of adequate sleep.  Experts hypothesize that each hour of sleep debt needs to be repaid, eventually.

Obstructive sleep apnea (OSA) is a blockage in the airway due to soft tissue collapse.  It is very common, likely because a major risk factor is excessive body fat.  OSA can disturb a sound sleep, as the airway is restricted – and sufferers might even stop breathing for brief periods.  No clear benefit has been noted after surgery for OSA.

High concentrations of cortisol –- a stress hormone -– can negatively affect sleep quality.  Phosphatidylserine (PS) is effective in cortisol regulation/suppression and can help to control evening cortisol levels, leading to better sleep quality.  Valerian root can help too.  Most PN clients who have complained of sleep problems when following a high volume training and/or a calorie restricted diet have found that sleep quality improved when supplementing phosphaditylserine. We recommend one dose in the early evening (5-6 pm) and one dose about an hour before bed. (Talk to your doctor if you’re on medications, pregnant or breastfeeding; valerian drug interactions can be found here.)  Not every insomniac benefits from PS, just those with high evening cortisol levels.  Consuming adequate carbohydrates and protein after exercise can also help to control cortisol.

Knowing you’ll get to nap during the day can help to lower blood pressure.

Most research findings support the hypothesis that sleep duration is associated with obesity.  Thus, finding a suitable sleeping strategy needs to be part of your healthy living and good nutrition routine.  We live in a busy world but we are not a victim of it.  While we have more opportunities to do things other than sleep, like 24 hour cable/satellite TV, internet, email, extended work shifts, family commitments, 24 hour shopping, etc., much of the time we choose what we do.  Lack of sleep usually reflects our priorities rather than real constraints.

If you are concerned about your sleep quality and quantity, start by figuring out if your sleep is adequate.  Just like we recommend a food diary, sleep experts often recommend a sleep diary. Are you getting 7-9 hours each night?  If not, why?  Is it due to poor sleep hygiene, medications, or another negative habit?  Get to the root of the problem and start reaping the benefits of adequate sleep time.

Second, make good sleep a priority, just like the rest of your healthy habits. Here are several factors to consider when generating a sleeping pattern:

If you’re a health and fitness pro…

Learning how to help clients manage stress and optimize sleep can massively change your clients’ results.

They’ll get “unstuck” and finally move forward—whether they want to eat better, move more, lose weight, or reclaim their health.

Plus, it’ll give you the confidence and credibility as a specialized coach who can solve the biggest problems blocking any clients’ progress.

The brand-new PN Level 1 Sleep, Stress Management, and Recovery Coaching Certification will show you how.

Save up to 30% when you join the waitlist for the Sleep, Stress Management, and Recovery Coaching Certification.

When you join the waitlist today, you’ll find out about our best deals, biggest savings, and a chance to register before anyone else for the Level 1 Sleep, Stress Management, and Recovery Coaching Certification—when we open it next.
You can become one of the first coaches in the world to support clients when they’re stressed, overwhelmed, or exhausted—so they feel more energetic, in control, and capable of taking action.

Join the waitlist and…