What are the biggest-selling prescription medications in the United States? Statins for heart disease? Painkillers? Antidepressants?

Actually, none of the above. The biggest-selling prescription drug in the US is Nexium, a treatment for acid reflux.

Surprised? You shouldn’t be.

Acid reflux, or its big brother, gastroesophageal reflux disease (GERD), is the #1 disease of the digestive tract.

Pretty much everyone will experience heartburn and reflux at some point in their lives. In this article we’ll share 10 tips for feeling better.

What is reflux and GERD?

Reflux occurs when stomach acid leaks up, the wrong direction, into the esophagus.

Reflux officially becomes “GERD” when contents from the stomach make their way back into the esophagus at least once a week, or a when a person experiences other symptoms of reflux on a weekly basis.

Almost half of North Americans suffer from reflux once a month, and 10-20 percent have full-fledged GERD.

Why does reflux happen?

When you swallow food, it travels down the esophagus, passes through the lower esophageal sphincter (LES), and ends up in your stomach.

The LES is a little circular muscle about 3-7 cm in length that opens and closes, sort of like a sea anemone. Its job is to control what gets in to the stomach, and prevent the stomach contents from getting back out again.

Like any other muscle, the LES’ tone can vary. The LES should close tightly to prevent the acid splashback, but if the LES is lax, acid can rise from the stomach into the esophagus.

Physical activity, meals, sleep, the position of your body in space, changes in pressure between the stomach and chest cavity, and ordinary diurnal rhythms can all affect the LES’ tension and ability to keep the stomach opening closed.

Of course, the LES’ gatekeeping job is critical.

Our stomachs contain powerful acids that protect us against harmful microorganisms, help us break down our food, and digest our nutrients.

While the stomach is built to contain the acids, the esophagus isn’t. The delicate mucous membranes lining this part of our bodies can only take so much exposure.

Too much acid for too long can cause ulceration and laceration, or even a narrowing of the opening.

The more reflux, the more esophageal damage. Eventually this can contribute to chronic inflammation.

Chronic inflammation of the esophagus results in more than the occasional sore stomach or burning throat. It can cause many different problems in our bodies — some of them a bit surprising.

For example, this type of inflammation can aggravate pulmonary diseases.

And acids migrating towards the teeth can contribute to dental erosion. 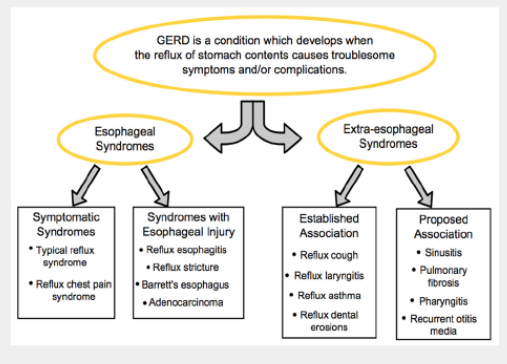 Another risk of reflux is Barrett’s esophagitis.

Interestingly, not all reflux is obvious.

While some folks suffer from burning and acidity in the back of the throat, others may not notice a thing. Yet they still face the same risks as people whose reflux is more obvious.

Doctors call this condition “silent reflux.” They can detect it through pH monitoring, endoscopic exams, and other methods.

Reflux around the world

Reflux is quite common in North America. And it’s starting to become more prevalent around the world.

For example, reflux used to be uncommon in China. But in recent years, rates of reflux and GERD have increased.

Experts believe that the following have all contributed to China’s increasing rates of reflux and GERD:

Similar trends can be observed in Europe and South America. (One place where the incidence seems lower is India.)

Reflux is very common in infants. Up to 85 percent of infants get reflux while their LES matures, although breastfed infants may have it less often.

Most babies outgrow reflux by 1 year old. If reflux persists, it’s probably due to a neurologic or anatomic impairment.

Many adult women have reflux during pregnancy because of increased abdominal pressure.

For that reason, it shouldn’t surprise you to learn that GERD is also associated with obesity. Not only does extra abdominal fat create pressure in the abdominal cavity (putting pressure on the LES), but extra body fat also seems to relax the LES.

Aging also loosens our LES. That’s because we lose neurons in the esophagus as we grow older, resulting in more GERD.

Lack of sleep seems to result in GI disturbances — including reflux and GERD —  for all age groups.

And GI disturbances seem to result in lack of sleep. But which comes first? No one seems to know.

Drugs for anxiety, depression, other gut problems (including anticholinergics) and Parkinson’s disease can have similar effects.

For more on how pharmaceuticals influence the body, see Common medications that could hurt your – or your clients’ – fitness progress.

How to minimize your risk of reflux

Reflux can be more than a simple annoyance; what can you do to minimize the risks?

It’s hard to know exactly what causes GERD. Much of the nutritional research on reflux is correlational — it shows patterns of association rather than causes.

However, diets high in whole grains, potatoes, and fruits seem to help, perhaps because these foods have more fiber and less fat.

Fat can cause problems for GERD sufferers in a few ways.

That explains the role of fat. But what about fiber?

Unfortunately, we really don’t know. While higher fiber diets seem consistently to relieve the symptoms of GERD over time, we’re still not sure exactly how.

Other culprits that seem to worsen GERD include:

Nicotine weakens the LES, and carbonated drinks create added pressure in the stomach.

Qualitative studies suggest that people with reflux tend to:

So where does that leave us?

If you’ve figured out that a whole foods diet, rich in fiber, and moderate in fat, alcohol, coffee, and other irritants is your best defense, you’ve got the right idea.

How to treat reflux

What happens if, despite your best efforts, you experience reflux or GERD?

Studies show that eliminating trigger foods can help decrease your chances of GERD.

Many people with some form of grain or dairy intolerance report that they feel better when they remove these foods, as well as processed sugars and starches.

Second, look at what might create LES laxity. A few tips:

When it comes to medication, alginates and antacids can be used to control reflux.

These products contain minerals such as calcium or magnesium that neutralize acidity. Examples include Alka-Seltzer, Maalox, Tums, Mylanta and similar products.

But these over-the-counter remedies need to be treated with caution. Overused, they can contribute to:

Not only that, but symptoms of GERD can mimic those of heart attack. So dosing yourself with antacids without knowing the true cause of your problem can be very dangerous.

Proton pump inhibitors (such as Nexium and Prevacid) and H2 receptor antagonists (such as Tagament, Pepcid, and Zantac) are often prescribed, and can treat the immediate symptoms.

However, around 40 percent of people don’t respond to proton pump inhibitors. This might be on account of dosing errors, inaccurate diagnosis, failure to take medications, or genotype alterations in the ability to metabolize certain pharmaceuticals.

And even the most effective reflux medications have dangerous side effects, including:

This is particularly true with long-term use.

So ultimately, it’s better to avoid the problem in the first place if you can.

We still have a lot to learn about reflux and GERD. But for now, here are a few recommendations.

(And guess what? Several of those recommendations just happen to be habits that we coach in PN Coaching for men and women.) 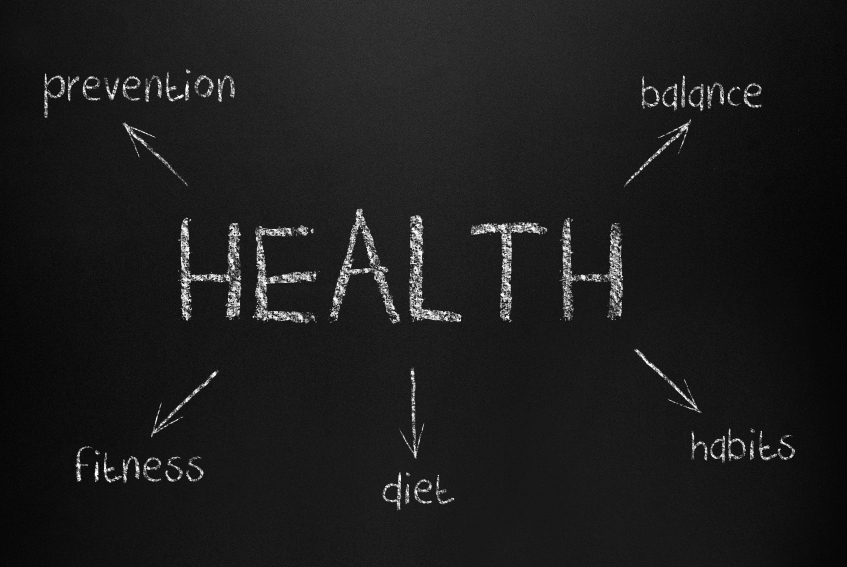 Lukic M, et al. The role of the nutrition in the pathogenesis of gastroesophageal reflux disease. Barrett’s oesophagus and oesophageal adenocarcinoma. Coll Antropol 2010;34:905-909.